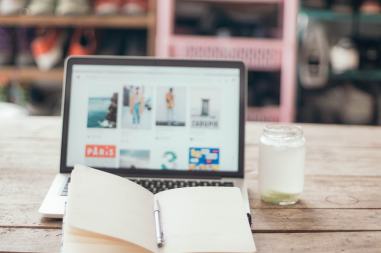 We’ve taken the scary decision to home school Nora. In fairness, this decision is easier for us than it is for most parents. She hasn’t been at school for over a year so it’s not a huge change.

She is getting an education of sorts (provided by the Local Authority). As soon as we inform the school we’re taking Nora off the register, we’ll lose that support. But it’s not like we’re moving from having her in school for seven hours every day.

Even still, deciding to home educate is a huge step. I’ve always been in favour of mainstream schooling. Until now, I’ve never understood why some parents would choose to take their children out of school, believing they can do a better job than qualified teachers.

I am still friends with the people I went to school with and those friendships are as important to me today as they were over thirty years ago. I’ve watched Nora’s brother form similar friendships, and I’m sure many of those will last throughout his life just as mine have done. It’s what I’d hoped for Nora too.

But you know what? I’ve realised the school system simply doesn’t suit all children. And that’s not always because of friendship issues.

Many people assume (wrongly) that Nora’s mental health problems were the result of bullying. She has never been bullied. She was hugely popular in primary school and seemed to have a lot of friends during her short time in secondary school. So much so that, a year later, she has managed to maintain those friendships despite her absence from the classroom and playground.

So, if it’s not bullying, what is it?

For Nora (and, I suspect, many other children) the focus in too many secondary schools on discipline and academic output doesn’t work. In Nora’s case, I’d go further and say it’s hugely detrimental.

My daughter is creative. She writes poetry, she creates wonderful art, she loves acting. She is intellectually curious – her favourite subjects are Philosophy, Psychology and Politics. It’s no longer possible to study any of these subjects at GCSE level.

Nora is dyslexic. This makes it difficult for her to focus and concentrate (and, therefore, learn) in a class of 30 children. Her dyslexia becomes noticeably worse when she’s anxious. Being in a classroom, struggling to understand what’s going on (or trying to study a subject she has zero interest in), makes her anxious. The more anxious she becomes, the more she struggles to read and write. And so on….

I had always hoped Nora would go back to school at some point. It’s taken me a while to get my head around the whole idea of homeschooling. But now I’ve started to think about it properly, I’m excited. I’m terrified too, of course. I have no idea how I’ll manage home schooling around work.

But we’ll work it out. Like me, my husband never envisaged we’d end up being ‘home school parents’. But he can also see that home schooling Nora is the right thing to do.

We got through the last year when our beautiful daughter became so ill we thought we’d lose her. If we can do that, we can do anything. I know we’ll work it out, somehow. And I know, beyond any doubt, we’ve made the right decision for Nora.

After everything she’s been through, that’s the only thing that matters.