Understanding the causes and symptoms of mental illness could – potentially – help us prevent problems happening in the first place.

I say ‘potentially’ because, of course, sometimes children get ill no matter what we do.

In today’s world of never-ending parenting advice, this is a hard message to swallow. We are constantly being bombarded with information on how to raise healthy, happy, well-adjusted children. There are books, websites, radio and TV programmes devoted to this topic.

Everyone has an opinion

Everyone from politicians and celebrities to members of the Royal Family has an opinion on the state of young people’s mental health, the reasons for the increase in mental illnesses amongst children and adolescents, and the measures that can be taken to prevent this.

Researching this article, I did an internet search for ‘How to prevent childhood depression’. This yielded 121,000,000 results. I’ve looked through the top 5 results and you know what? There’s nothing that tells me how I could have stopped my daughter being diagnosed with severe depression.

Yes, there’s a lot of information on ‘signs to watch out for’. And yes, this is helpful; in the early days of Nora’s illness I found this sort of thing very helpful indeed.

But when I read the tips for ‘preventing’ childhood depression, without wanting to come across all defensive, I’m pretty sure we were already doing all the right things.

The top 2 websites on my internet search both inform me that ‘childhood depression can be prevented’. I’m sure, in some cases, that’s true.

But sometimes people get sick; no matter how desperately we try to stop that happening.

According to all the websites I checked out, the things you should do to ‘prevent’ your child from getting depressed are the things most sensible parents try to do anyway:

Now, all of this is very good advice. I’m not for one moment suggesting we shouldn’t all try to be the best parents we can be.

I’m very aware of the damaging effects on children when they are raised in environments that are not conducive to their mental health and general wellbeing. Children need to feel loved. They need to feel that home is a safe place, where they can be themselves and talk about any problems or worries they have.

But ‘good parenting’ lists and ‘how to stop your child getting depressed’ lists haven’t helped me understand why my daughter became severely depressed. They certainly haven’t helped me identify how I could have prevented this happening.

So what could I have done?

The logical part of me knows I probably couldn’t have prevented Nora’s illness; that, sometimes, bad things just happen. But the emotional parent in me can’t help picking away at what happened, looking for reasons to blame myself.

I think about Nora’s rapid descent from a happy, confident, well-adjusted child to the very ill person she is today, and I know I made mistakes.

Of course, I got some things right. Mostly, the stuff that’s already on those ‘good parenting’ and ‘how to prevent your child getting depressed’ lists.

If you’re reading this, chances are – like me – you’re worrying about other stuff; the stuff that doesn’t appear on any generic list and is specific to your child, and your situation.

So, for you, here are  the top 3 mistakes I made during the early days of my daughter’s illness. I’m not saying you’ll make the same mistakes. I’m certainly not saying that if you avoid these mistakes, your child won’t get sick.

I’m sharing this because reading other parents’ experiences has helped me enormously. I’d like to be able to do the same. 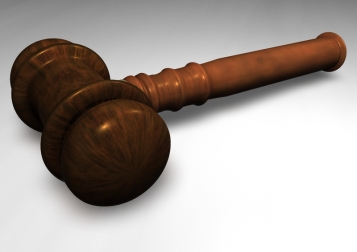 Nora’s early symptoms were extreme anxiety. This manifested itself in severe meltdowns, panic attacks, problems sleeping and strong resistance to going to school.

A few years earlier, Nora had suffered mild anxiety, which was treated with a course of CBT counselling. After 6 sessions, the anxiety was under control and life continued as normal.

As soon as I realised the anxiety was starting up again, I took Nora to her GP, who referred her for more counselling.

The counsellor we’d had before wasn’t available this time. At first, I didn’t think this was a problem. I was wrong.

There was a complete disconnect between the counsellor and my child. She never ‘got’ Nora, or really understand the causes of Nora’s anxiety. She seemed completely unaware that, week by week, my daughter’s illness was getting worse.

Most worryingly of all, Nora’s counsellor seemed to forget things Nora had told her in earlier sessions.

In their first session together, Nora and her counsellor spoke at length about Nora’s self-harming. Midway through our fourth session, misunderstanding something Nora told her, the counsellor looked at me, smiled and said: ‘So she’s never self-harmed, then. That’s good.’

We never went back.

Looking back, I had concerns from the outset. I decided to put those to one side and give the counsellor a chance to do her job. This was a mistake.

Those sessions did huge harm. Nora went from having complete faith in mental health professionals to believing no one could help her.

The wrong decision about school

Nora’s anxiety began soon after she started secondary school. We (her father and I) knew school was the trigger but it was difficult to pinpoint exactly what the problem was. She wasn’t being bullied (she was adamant on this point and conversations with the school backed this up) and all evidence seemed to indicate that Nora was, in fact, very popular.

Yes, she worried about shifting friendships and arguments within her peer group, but all of this seemed manageable. We knew friendship problems were causing Nora to worry, but we didn’t think the issue was bad enough for her to skip school.

This view was backed up by the counsellor, who was adamant Nora should continue going to school. It was an awful time. Nora was extremely upset each morning but we persisted in sending her in, telling ourselves the counsellor knew best.

Eventually, it was the school who decided Nora should stop going in. They said they could see how upsetting it was for her, and they didn’t believe it was doing her any good.

It was such a relief to stop forcing her to go in each morning. But I shouldn’t have let things get that far in the first place.

The wrong response to suicidal thoughts

Nora was eleven years’ old the first time she told me she wanted to die. By then, she had been ill for about two months. At this point in her illness, we had a diagnosis of anxiety with obsessive thoughts. I knew Nora was ill, but I really had no idea how ill she was.

When she told me that she wanted to die, I thought she was exaggerating. I told her ‘not to think like that’. I didn’t realise she meant it, or that telling me this was a symptom of how ill she really was.

It simply never occurred to me that someone so young could harbour serious thoughts of suicide. I didn’t take it seriously. I was wrong. 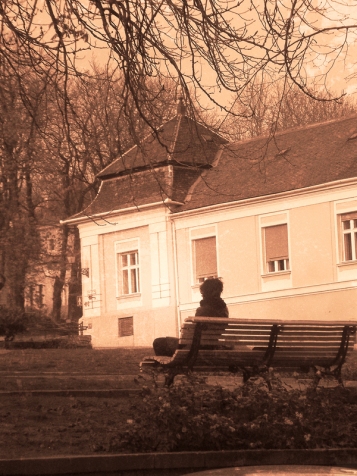 I have no idea how things might have turned out for Nora if I’d made different choices early in her illness. Maybe she wouldn’t have got as sick as she eventually did. Or maybe it would have happened anyway. I really don’t know.

I do know that parents make mistakes all the time. But the mistakes that involve your child’s health and wellbeing are hard to live with.

I hope that other parents of sick children will read this and know they are not alone.

7 thoughts on “My child is depressed – is it my fault?”