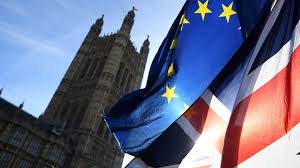 This post isn’t really about Brexit. I only mentioned Brexit because I was recently interviewed on Radio 4’s PM programme by Evan Davis. The interview was sandwiched either side of the ongoing debate around Brexit. In fact, there’s so much about Brexit in the news right now, I’m surprised PM managed to fit me in at all!

So, how did I end up on Radio 4? Well, over the last few weeks, the PM programme has been looking at anti-depressants, specifically around the difficulties some people face when they stop taking this medication.

As I’ve said previously, I believe anti-depressants were key to Nora’s recovery. I don’t know how she could have come out of that dark and empty place without medication.

Before Nora fell ill, I believed – like almost every parent I’ve ever spoken to on this subject – that medicating a child with anti-depressants is ‘a very bad thing to do’. I had no scientific evidence to back up this opinion. My views were based purely on what I’d read and heard in the mainstream media.

I was wrong. And I wanted to join the ongoing debate on PM to share our (largely positive) experiences with anti-depressants.

I wasn’t trying to say that prescribing anti-depressants to children is always the right thing to do. I know that too many children are being prescribed anti-depressants in the UK today. I also know that this is happening because of the shocking lack of resources available to treat children with mental health problems.

In an ideal world, every child with a debilitating mental health problem would be referred to CAMHS, where they would be assessed and get the treatment they need. This isn’t happening, because CAMHS are woefully under-funded and under-resourced.

GPs are having to fill a gap they’re simply not equipped to fill. They are being forced to make shortcuts and prescribe medication in the absence of more suitable forms of treatment. This is a dire situation that will only change when the government start to properly address the lack of funding and resources for children’s mental health.

Nora’s psychiatrist called me this morning, after hearing PM last night. She told me she never prescribes anti-depressants unless she’s absolutely certain it’s the right thing to do. She said she felt ‘humbled’ and ’emotional’ hearing me talk. And she said that treating children like Nora, and being part of their recovery, is what makes her job worthwhile. 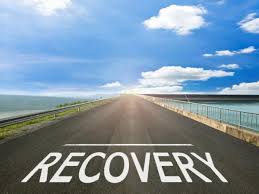 4 thoughts on “Anti-depressants and Brexit”